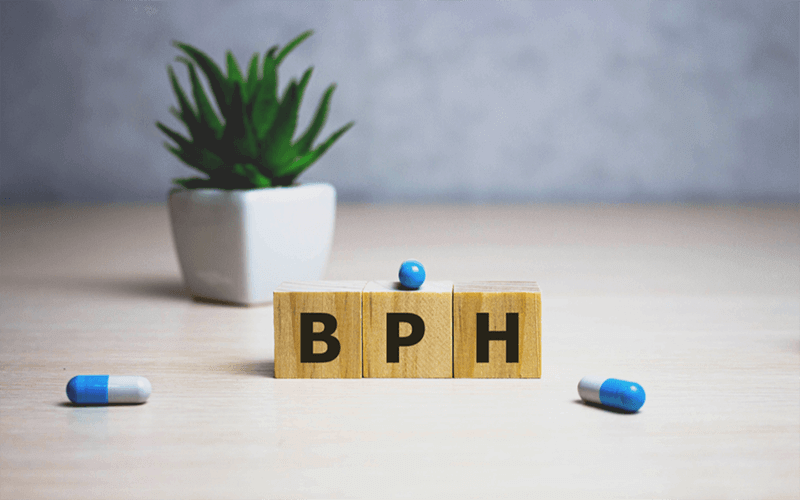 Benign enlargement of the prostate gland is the most benign phenomenon that affects men in advancing age after the age of forty, it is not risk of life, but its symptoms in the lower urinary system impede daily life.

Enlargement is a physiological event that arises as a result of the regular proliferation of prostate glandular cells and vacuoles.

The cause of enlargement in aging is hormonal changes, and at the same time recent studies have shown that the increase in the body’s susceptibility and readiness to the genetic pathological mutations in these cells that lead first to benign enlargement and then cancer due to the high rate of environmental and food contamination and because exposure to it during Life span leads to cancer by 40%. The suffering from the enlargement is due to symptoms of narrowing of the urethra and the emptying of the bladder. The majority of the population suffers from these symptoms are between the ages of 50-64 which is 50% and between the ages of 65-74 is by 70%. The Main causes of prostatic enlargement are:

The Enlargement of prostate has its severe, and painful symptoms because of the narrowing effects of the enlargement which surrounds the proximal urethra. This enlargement without treatment may lead over time to lower urinary symptoms with changes in bladder function, as well as may lead to recurrent acute and chronic urinary retention.

In case of this enlargement in the advanced stages, there is bladder dysfunction due to the narrowing of the urethra surrounded by this gland, leading later to pathological changes or deficiencies in the functions of the kidneys. The symptoms of the bladder dysfunction are urge incontinence and frequency during the day and night.

The symptoms of emptying of urinary bladder due to narrowing of urethra, the feeling of residue of urine in the bladder despite urination as well the weakness of the urinary stream.

read here about What is the latest treatment for enlarged prostate?